The restaurant and its bar

Our chef Laureline Palmade has studied at the  Paul Bocuse Institute in Lyon, and worked for prestigious Michelin star restaurants in New York, Cape Cod and London.

From these rich experiences, our chef from Reunion Island will let you discover a local cuisine, often revisited with exotic flavors from her island.

Our restaurant has obtained the label Maître Restaurateur, for this reason we propose dishes which are all cooked in our kitchen, with fresh products and organic vegetables. Laureline privileges seasonal, local products and also likes sometimes forgotten vegetables.

We propose reasonable prices, a balanced menu with choice which varies every day for 34 Euro. 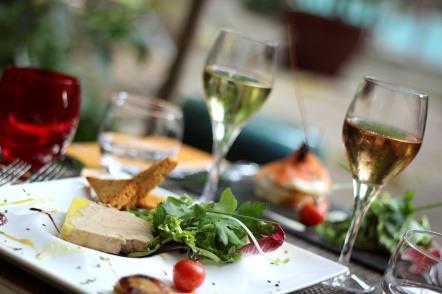 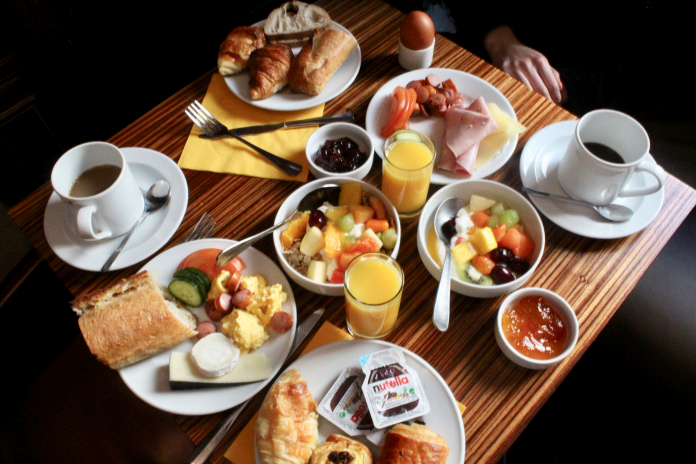 A new terrace along the façade overlooks the garden, like if it has always existed.

From above or from beneath, its is always magical to take breakfast or dinner in the garden as soon as the nice spring days are permitting it.

The birdsongs of the wild birds mixes with the birdsong of the parakeets of the Windsor who amuse themselves in the “Averia Camera, designed by Cynthia Lemesle and Jean-Philippe Roubault.

After dark, the majestic tree in the middle of the garden lits up and the moon of Mauro Benetti  reflects in the pool. 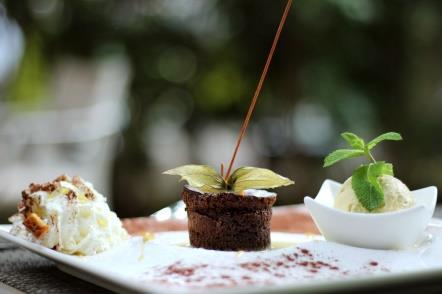 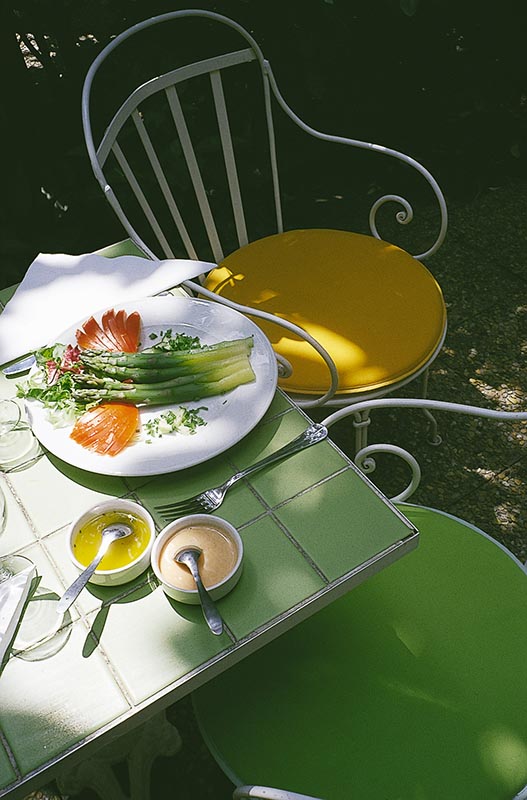 The restaurant welcomes you fropm monday till Saturday included, from 7 till 9:30pm during the summer and from 7 till 9pm in winter for your order.
The number of seats is limited, so we thak you to reserve your table in advance, so that your dinner will take place in the best conditions.

For big tables, we propose a menu in advance and reservation is necessary.

Access for persons with a reduced mobility, through the garden. Lift for the reception desk (actuel implementation).

Our chef Laureline Palmade offers cuisine based on local and organic products, combined with flavors, spices and culinary techniques discovered during her many trips to Latin America and Europe, without of course forgetting her Reunion origins.

In our exotic garden, its careful cuisine with tastes from elsewhere, such as its tataki of duck breast with orange and ginger, its coconut milk risotto, or its creamy vanilla sauce, will give you an immersive experience. of travel to new horizons.

Curious and perfectionist by nature, it was at the Institut Paul Bocuse that she completed her training in Culinary Arts and Restaurant Management. Subsequently, she worked in many starred restaurants in France, New York and London, for great chefs such as Daniel Boulud (3 stars) or the famous chef Gordon Ramsay (1 star). It was there that she acquired the demands and rigor of the profession, as well as developed her creative flair for preparing new dishes.

Finally, often in charge of the pastry shops in the restaurants in which she has worked, she will amaze you until the end of the meal with her homemade desserts.